THE PLACES OF CHRISTMAS: DISPLACED 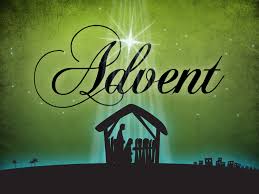 Advent is our four-week countdown to Christmas where get ready for the coming of Christ into the world and it begins today. This year we’re looking at the places of Christmas. These places are more than our personal roots and memories that have shaped our celebrations. In fact, we find our place in the biblical story of a God who created Eden and then lives with us. I’m reading selections from Genesis 2 and 3. Hear these words from the book that we love.

Have you ever traveled somewhere new and had the feeling you’ve been there before? It’s not exactly déjà vu, but that feeling has happened to me several times, in parts of the US, especially the East Coast, and also in Scotland. Just this sense that I’d stood in certain places, seen certain scenic views. I’m not claiming anything mystical here, but when I worked on some genealogy a few years ago, I had to wonder about those particular places after finding connections with long-ago family. My experience in Scotland suddenly made sense when I found my several times great grandfather who immigrated from Northern Ireland and whose family had roots in Scotland. A few generations later that same family settled in upstate New York, close to where I lived for eight years. That place always seemed like home and then I learned that Thomas & Polly McGee had come to Michigan in 1832 from Bolton Landing on Lake George via the newly built Erie Canal. Coincidence? Probably. But that feeling of standing on ancestral land still lingers.

So why did I grow up in Michigan and not Scotland or New York? The genealogy show, “Who Do You Think You Are?” begins four weeks of new episodes tomorrow night on TLC. I always enjoy seeing how they fill in the historical blanks. People have always migrated—and there are many reasons why they move, either by choice or more often than we think, by force. For most humans, our roots to a place go deep and often it takes something nearly catastrophic to make us move somewhere new—war and famine top of the list. This year we can add wildfires in California. In fact, according to the UN Refugee Agency, every three seconds someone is forced from home by violence, war or persecution. That’s 44,500 people a day—currently 68.5 million people in the world are displaced and in 2017, for example, just 100,000 were resettled. For my Scottish ancestors, it was a tragic historical event of the 18th and 19th centuries called “The Highland Clearances,” where economic factors encouraged wealthy landowners to kick out their farming tenants, mostly by force. It was more profitable to have sheep than people on the land—so many poor farmers ended up on a boat to America rather than face starvation. New England drew them in—the hills are so like the Highlands, it seemed like home. But even there, opportunities were limited and people kept moving west. That’s why I’m a Michigander.

I don’t think God planned it that way in the beginning. No matter who we are or where we live, there’s something inside us that just knows we’re born for all Eden, all the time. It’s what life is supposed to be. No scrabbling for a living, no worries about job security or foreclosures or healthcare or college costs or retirement—no arguing over the way to squeeze toothpaste out of the tube. In Eden, we have what we need and we all get along—even the lion lies down with the lamb and little kids can play all day with poisonous snakes and nothing bad will happen. That’s what it’s supposed to be like—and yet it isn’t. What was supposed to be a beautiful garden of delights, according to Stephen Bouman, writing in The Christian Century (“Living by the Word,” February 8, 2005), has become “a graveyard, a wilderness.” And it’s hard not to be bitter about it all—all the disappointments, all the losses, all the pain. And what’s worse, Genesis tells us it’s all our fault! If only the first human beings had just behaved themselves, done what they were told, we wouldn’t be so worried about losing our place in the world.

God didn’t plan it to be this way, but Genesis tells us we chose to listen to, of all things, a snake, instead of God; to trust a snake, a mere creature like us, and not God. What is this serpent but all talk and no action? For him it’s nothing but verbal manipulation; God is the only one whose words and actions match. In the first two chapters of Genesis, look at all the ways God speaks and acts: God forms and makes and breathes and puts and takes and commands. God provides a garden for food for the creatures and lets them eat all they want from the tree of life. God, not the snake, is the one who acts on behalf of creation and gives good gifts to the human beings. What the snake says technically isn’t wrong—they don’t die when they eat the forbidden fruit, at least not on the spot. Instead their perfect connection with their life-giver is severed: they lose their place as God kicks them out of Eden. The damage is so great, Scripture tells us, we’re unable to go back and fix things. And to add insult to injury, the false idea that somehow we can trust the snake more than we trust God still keeps tempting us away from doing what we know is right and good, what we know God wants for us. Something is wrong and there’s nothing we humans can do to fix it. So we’re done for—or are we?

Human beings fall short of God’s glory—in little and in big ways. We have corporate scandal. We have war and clergy misconduct. We have little white lies and saying mean things. We fool ourselves if we think sin is just a self-esteem problem a little therapy can fix—or we can follow all the rules and earn our way back into Eden. We’re permanently displaced from paradise, but it’s not the whole story. Roaming the earth isn’t all we have to look forward to. Human sin isn’t the last word; finding our place is possible and it comes to us as a gift named Jesus. He’s the one who heals the rift, bridges the gap between us and God, whose voice counters anything the crafty snake might try to make us believe. This last is really important, because that wily serpent is still trying to get in between us and our Creator, still keeping us displaced from where we really belong. God says “I love you—I have engraved you on the palm of my hand—you are precious to me,” and the snake says, “You’re worthless.” God looks on the heart and not the face—and the snake says, “You’re ugly.” God says, “Return to me and I will forgive you”… “for this my son was lost, but now is found.” And the snake says, “You’re hopeless.”

As we gather around this table on this first Sunday of Advent, we have hope because this truly is our place. Not back to Eden but at the banquet of the new heaven and new earth that began with the birth of a baby who became home for all who have no home. “Birds have nests, foxes have holes, but the Son of Man has nowhere to lay his head.” He, too, was displaced, but through him God has brought us home.